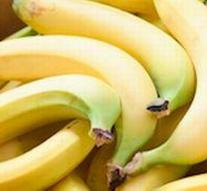 munich - The cocaine found last week in ten Bavarian supermarkets has a street value of about 10 million euros. In total, more than 180 kilograms of drugs were discovered in banana boxes, the Bavarian police reported Monday.

Who is responsible for the smuggling party is not known. The police and customs are currently investigating.

On Friday morning, an employee of a supermarket in Rosenheim found some brown packets in a banana box and informed the police. Over the course of the day and evening, more cocaine packages were discovered in nine other supermarkets. All stores belong to the same retail chain. Therefore, according to the police, the cocaine is possible through a wholesaler in the branches.