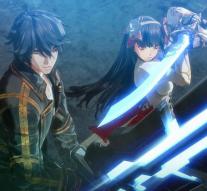 - Deep Silver brings Valkyria Revolution to the West. The game, which already appeared in January in Japan, spring is coming into the store for the PlayStation 4 and Xbox One. The PlayStation Vita version is only for download.

Valkyria Revolution stands apart from the known Valkyria Chronicles games because it takes place in an alternate timeline, alternative content, and alternate universe. The traditional turn-based gameplay has given way to a new hybrid form of real-time combat and tactical strategy on the battlefield.

Central to five friends, who use their political and military positions to motivate their small, economically blocked homeland to stand up and form a strong resistance against the imperialist oppressors. Will the Circle of Five remembered as heroic liberators or will their selfish motives label them as treacherous conspirators who sacrificed innocent lives for personal revenge? Experience the history and discover the truth behind the story.