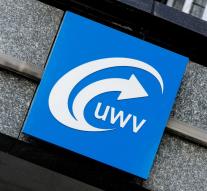 - The website benefits agency UWV is still difficult to access due to malfunction. So customers often can not log into my UWV. The benefits agency reported Wednesday on Twitter that benefits customers will be credited no later than December 14th.

The outage began Tuesday morning. The cause is not yet clear. The agency reports that are working hard on a solution.

Beneficiaries are afraid that they will get their benefits or not later. People whose benefit on or after July 1 took effect, must complete each month and whether what they have earned more, so that it can be deducted from their benefits. People only get paid if the UWV has received the form. Tuesday was the first day on which the forms were filled out over the month of November.

UWV shows via Twitter that people until the end of the month to send in their income statement.