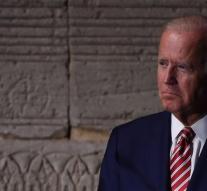 - US Vice President Joe Biden has called on Ukraine to work on promised economic and political reforms. If the failure is, according to Biden risk that EU countries deduct the hands of sanctions against Russia.

According to the Vice-President are at least five Member States are not enthusiastic about the economic sanctions against Moscow. Which were established after the Russian annexation of the Crimea in 2014.

Biden calls in their own words since the beginning of the conflict between two and three hours a week with Ukrainian leaders, who he urges to move forward with reform. Meanwhile, the vice president encourages countries such as France, Italy and Germany to persevere with the penalties.