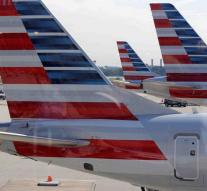 - Americans themselves have to be especially careful during the upcoming holiday season in Europe. The Ministry of Foreign Affairs has issued a so-called 'travel alert' because in the period ahead is an increased risk of terrorist attacks.

According to the Department American citizens should pay attention especially during festivals, events and markets in the open air. Also, travelers as it is possible to avoid large crowds.

The authorities rely on 'credible information' that terrorist group Islamic State (IS) terrorist network Al-Qaeda and its branches terrorist attacks in Europe plans. The focus should lie on the upcoming holiday season and holidays like Christmas. 'The Department remains concerned about possible attacks in Europe,' said a statement.