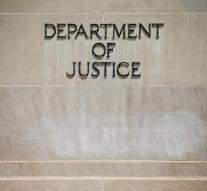 - Two Russians and one American were arrested Thursday in the United States. They are suspected military technology that they have to export illegally to Russia. The Ministry of Justice in the US has announced it.

The Russians Dmitri Karpenko and Alexei Kroetilin were arrested in Denver. The American Aleksej Bari Jeff was caught in New York. Bari Jeff had two companies that would have been a cover for smuggling.

The technology shipped three to Russia, according to justice can be also used for radar surveillance systems and networks, satellites and missile guidance. That may be exported only with authorization from America, but they did not.

To avoid suspicion, the electronics was first brought to Finland. From there it went to neighboring Russia.