Home / World / US will supply arms to Kurds in Syria 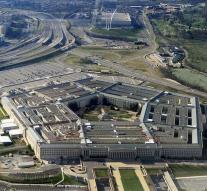 washington - The US government agreed on Tuesday to supply arms to the Kurdish YPG militia in Syria. That has prompted the Pentagon.

With arms supplies, Washington wants to support the YPG warriors in the military operation to conquer the Syrian city of Raqqa on the Islamic State (IS) terrorist group.

Turkey is strongly opposed to US support to the YPG. Ankara says the group is a terrorist organization that has ties with the Prohibited Kurdish Labor Party (PKK).