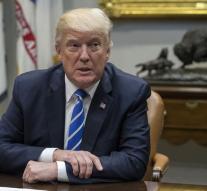 new york - A resolution with new measures against North Korea may be put to the vote on Monday. The United States has submitted a request to the UN Security Council.

The US, with this resolution, wants to set up an oil embargo against the country. In addition, countries may not import North Korea textiles nor hire North Korean labor. For leader Kim Jong-un is a travel ban and his funds are frozen, according to the report published by Reuters Press Office.

It is unclear whether China and Russia agree with these measures. Both countries can issue a veto in the Security Council, which blocks the resolution.

The proposed measures are a response to the recent nuclear trial conducted by Pyongyang.