Home / World / 'US wants to talk to North Korea' 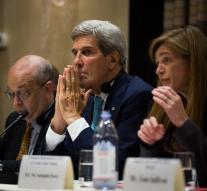 - "US Secretary of State John Kerry has called on Monday to discuss North Korea on the nuclear program of the regime in Pyongyang. Until now the United States only called on to tougher sanctions against the North Koreans."

"North Korea held to scare the rest of the world a nuclear test on 9 September. Warnings and calls for action were the result worldwide."

"Meanwhile, certainly not close the three countries sharper sanctions against the Kim Jong-un regime at the UN or bilaterally from. Within the UN is being talked about sanctions."