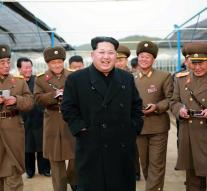 pyongyang - The United States and eight other members of the UN Security Council on Thursday local time called for new talks on the situation of human rights in North Korea. Let the country according to research by the United Nations to abuses similar to those from the Second World War.

Chile, France, Jordan, Lithuania, Malaysia, New Zealand, Spain, Britain and the United States have the Security Council therefore asked for a meeting. The countries want to know the state of the conditions in North Korea, or international peace and security can be affected.

The rights in the country were discussed last December for the last time in the Security Council. This was also for the first time in the history.