Home / World / US to build base for drones 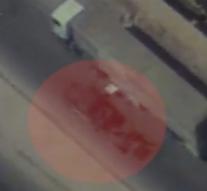 dakar - The United States stabbing $ 100 million (approximately 90 million) in a temporary base for drones in the West African country of Niger, neighboring Mali.

The unmanned aircraft from Agadez in central Niger air patrols carried out in the fight against militant groups in the country, reported the US military forces in Africa Friday. The base is built to the Americans in consultation with the Government of Niger. Information will also be shared with neighboring countries such as Nigeria, Chad and Mali, where Dutch UN soldiers are active.

Furthermore, the drones to help in border control. Niger, an ally of the West, is facing the jihadi group Boko Haram and groups affiliated to al-Qaeda. also is feared the influx of IS fighters from Libya.

The President of Niger, Mahamadou Issoufou, promised in his re-election in March to improve security in his country. In the southern region of Diffa, which borders the base of Boko Haram in northeast Nigeria, is still a state of emergency in force after several attacks from Nigeria.