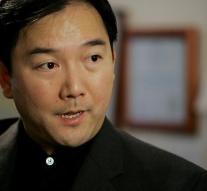 - The United States has Zhenli Ye Gon, who is suspected of large-scale drug trafficking, Tuesday extradited to Mexico. Chinese-Mexican businessman, a big boy in the pharmaceutical industry, according to the Public Prosecutor immediately locked up in the maximum security prison El Altiplano.

Zhenli would tons of ephedrine from Asia to Mexico have smuggled for the production of synthetic drug methamphetamine. In a raid on his home in Mexico City were at the time more than $ 200 million in cash found. The suspect was born in Hong Kong was arrested in 2007 in the US, four years later voted the American court with extradition. That, however, was stalled for years by a series of legal proceedings.

In Mexico Zhenli will, correctly, stand for membership of a criminal organization, drug trafficking, money laundering and illegal possession of weapons.