Home / World / US silence at UN on Cuba embargo 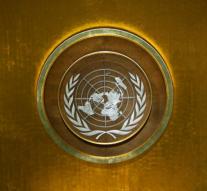 - The United States has for the first time in 25 years abstain from voting on a UN resolution calling for an end to the US trade embargo against Cuba. Until now, the US is always with Israel voted against the resolution. Israel also abstained from voting Wednesday.

The new arrangement of Washington is motivated by warmer ties that today America has with Cuba. President Barack Obama has pursued in his second term rapprochement with the communist island. The announcement that America would abstain was received prior to the vote with applause.

The vote in the UN General Assembly has no consequences, but it is of political importance. Only Congress can end the trade embargo.