Home / World / US send reinforcements to Mosul in Iraq 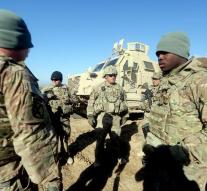 - US send approximately six hundred extra troops to Iraq to help it in the recapture of the city of Mosul. This is by far the largest city in the hands of terrorist group Islamic State.

The troops will not fight themselves, but will train Iraqis and counseling, as announced the US Department of Defense on Wednesday.

The Iraqi army began an offensive to liberate the city in March, but failed. After three weeks, the campaign was interrupted while awaiting reinforcements. Since then, international talked about a joint approach. France and the US announced in July it clear that they were preparing a joint attack.