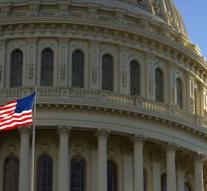 - The US Senate on Tuesday (local time) passed a bill designed to strengthen the cyber security of the country. The Act (CISA, Cybersecurity Information Sharing Act) provides that the government may collect private data and confidential business information as it believes that safety is at risk.

Opponents, including large tech companies like Apple, Wikipedia and Dropbox, fearing that the privacy of citizens will be widely violated. Proponents argue the law is a good weapon against the rising violence hackers.

The law must now be approved in the House of Representatives and by President Barack Obama.