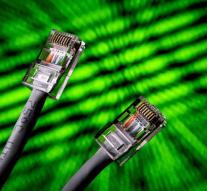 washington - The US Department of Finance has penalized eleven people, companies and organizations in total for aid for Iranian actions. This includes a cyber attack targeting financial institutions in the United States.

The department declared Thursday that it will continue to take powerful measures in response to Iranian provocations. Everything that aims to undermine the American system is being tackled financially.

The companies to which sanctions have been announced include an Iranian company that provided assistance to the Islamic Revolutionary Guard in Iran, three airlines and various Iranian computer companies.