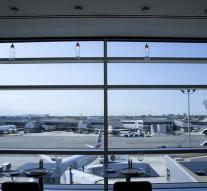 washington - The US authorities promise to implement the 'Prohibition' of President Donald Trump. Travelers are notified in good time and in cooperation with the travel industry about the possible impact of the measure, the Ministry of Internal Security reported Monday.

The government received a green light on Monday from the Supreme Court to carry out the contested measure. An earlier attempt led to chaotic conditions at airports this year. This was due, inter alia, to the fact that initially it was unclear which travelers should be avoided.