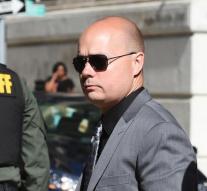 - A judge in Baltimore in the United States on Monday, the police officer Brian Rice acquitted of manslaughter, reckless behavior and misconduct.

Rice was accused of responsibility was in April 2015 for the death of Freddie Gray, a black man who was arrested.

The 42-year-old Rice would have used excessive force in the arrest of Gray, who died a week after his arrest in a police cell. Later revealed that he had fractured a vertebra. He would repeatedly have requested medical assistance during his detention. However, this was refused.


The death of 25-year-old Freddie Gray caused a wave of protests and violence in Baltimore and other cities that are directed against police officers. At least fifteen officers were injured. When the riots further 35 people were arrested.