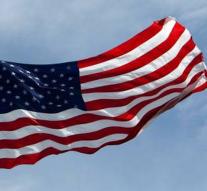 amman - A shoot-out on Friday at least two Americans killed at the gate of a military base in Jordan. The victims are military instructors, reported sources in the Jordanian defense. The vehicle in which the Americans were, stopped by the Jordanians not a checkpoint.

How then came to the fatal shots, was not immediately clear. Jordan is a key ally of the United States in the Middle East.