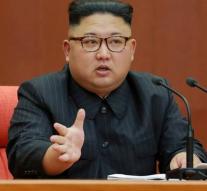 moscow - The United States responded reluctantly to the resumption of shipping between Russia and North Korea. Katina Adams, Foreign Affairs spokesman, said Monday that Washington expects every UN member, including Russia, to abide by the sanctions imposed on Pyongyang because of the nuclear threat and rocket program.

Moscow also rejects those atomic tests and weapons tests, but does not endorse the United States's full-fledged US economy. The general manager of the shipping company that maintains the ferry service between Vladivostok and the internationally isolated neighboring country confirmed on Monday that it had left a boat after a two-month break.

Vladimir Baranov said that the Mangyonbong underneath North Korean flag has left the main Russian port in the far east and is on its way to Rajin. There are only goods and crew aboard, no passengers. The scheduled service, intended for freight and transportation of mainly Chinese tourists, began in May. There was an abrupt end in August because the port authorities of Vladivostok did not get paid.