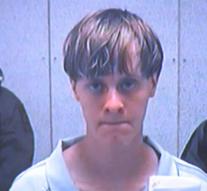 - The US Department of Justice demands the death penalty against Dylann Roof, the young man from South Carolina who is suspected to have nine people last year shot in a black church in Charleston.

,, The nature of the crime and the suffering that there has come to force this decision, '' let Attorney Loretta Lynch know Tuesday.

Roof (22) opened fire when he participated in a Bible class at the Emanuel African Methodist Church. He later confessed that he is hoping to start a race war. Roof had set up a website where he posted a manifesto on his views about white supremacy. There were also pictures on which he posed with neo-Nazi symbols.