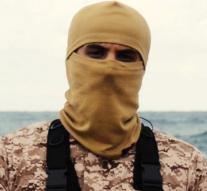 - The United States on Monday confirmed the death of Abu Nabil, the leader of Islamic state in Libya. He was slain in a US air strike on November 13 by F- 15 aircraft at a settlement in the city of Derna, said a spokesman for the Department of Defense in Washington.

At the same time, the Pentagon announced that a senior leader of the al-Qaeda-linked terror group Al Shabaab slain by a US air strike on December 2 in Somalia.

It is Abdirahman Sand Lord, also known as ' Ukash ' said the spokesman. They added that this is a big blow for the group.