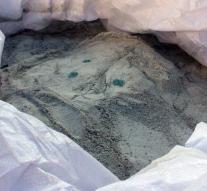 - The US Prosecution has filed an indictment against two former top executives of the anti-drug agency in Venezuela. The prosecution suspects the two is that they have taken between January 2008 and December 2010 money from drug traffickers in exchange for help to smuggle cocaine into the United States.

It concerns the former director of the national anti-drug unit, Nestor Reverol (51), who later was head of reserve forces. Also against Edylberto Molina (53) has filed a lawsuit. He was deputy head of the agency and later got a post as a military representative of Venezuela in Germany.

The indictment is part of a series of measures to establish links between international drug smugglers and the Venezuelan government.