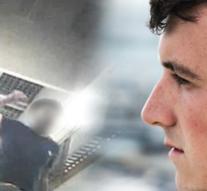 london - Security company G4S has suspended nine staff members from an immigration center for immigrants, after the BBC had detected misunderstandings on the scene. During the secret investigation, images were made of staff from the deployment center at the London Gatwick Airport, who mocked and maltreated detainees.

It also appears from the images that people in the center are hurting themselves and attempting suicide. According to the BBC, drug use is a major factor. Security company G4S investigates the circumstances in the center, where immigrants are waiting for expansion.

The images are broadcast on Monday in the BBC program Panorama. The recordings were made by a prison keeper in the center.

The episode of Panorama about the broadcast center will be broadcast on Monday.