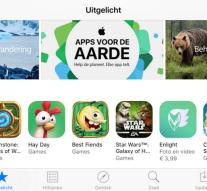 london - Most of the mobile app updates makes little difference to the users appreciation. This suggests that developers often come up with updates. That set at least researchers from University College London in a new study.

The researchers studied 26 339 app updates that were released for a period of twelve months on Google Play. This involved 14 592 apps, all of which occurred at least once in one of the top 540 lists from Google Play in the previous year.

The study shows that if developers with an update coming for free apps, this will make less impression than when this happens to paid apps. For paid applications affect 40 percent of user releases the valuation, compared to only 31 percent in free apps.

In contrast, with the release of updates that had a big impact, users increasingly positive about free apps. The paid versions of the most successful releases included the most expensive apps.

Professor Mark Harman argues that developers like to come with more releases than their competitors. '' But according to our research they should think more before they come to a release, as it sometimes but delivers very little. ''\n  \n  \n   advertisement

According to lead author William Martin, many developers also afraid to ask for money for their apps. '' But our research shows that it may be worth, possibly because users have invested more, so the quality of the one they pay for them is more important. ''