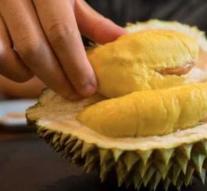 melbourne - A university in Melbourne was evacuated on Saturday because of a striking smell. More than 500 students and teachers were evacuated. Initially, a gas leak was thought, eventually it turned out to be spoiled fruit.

A tropical fruit, a durian, turned out to be the culprit. The fruit, about the size of a coconut, is known for its sharp, smelly smell.

The fruit is originally from Southeast Asia and gives off such a strong odor that it is prohibited in several public places in that region.

The fire department finally discovered the rotting doerian in a cabinet in the university library of the Royal Melbourne Institute of Technology (RMIT). The smell could spread through the air conditioning system.