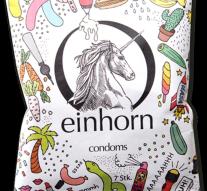 dusseldorf - Two German condom manufacturers stand Thursday in court in Düsseldorf with the commitment to the slogan of the company Einhorn from Berlin that its product "is good for 21 orgasms " a condom. Concurrent Fair Squared disputes this.

In the first instance, the judge banned the assertion, but went Einhorn appealed. The judge found that the slogan the user may be tempted to multiple use of a condom. But Einhorn thinks that even with single use with a condom multiple orgasms can be experienced as you that of the man and woman but add up. The packaging is common emphatically that a condom can only be used once.