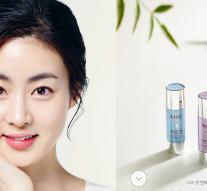 Bain and Goldman Sachs took a majority stake in Carver Korea last July, which supplies about a thousand different cosmetic products in South Korea, China and the United States under the AHC brand. These include makeup and skin care products.

South Korean business media have already reported that sales would be around. Unilever gets 100 percent of Carver Korea.

The carver Korea established in 1999 has shown strong growth in recent years. Last year, the company posted an operating profit of 137 million euros on a turnover of 321 million euros. The sale must still be approved by the relevant authorities.

According to Unilever, the acquisition of Carver Korea strengthens the company's position in the northern part of Asia, the largest market for skin care products in the world. Bain announced that Unilever is a strong partner to assist Carver Korea in its next phase of growth and development.