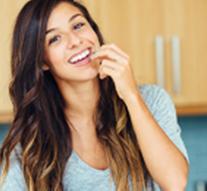 - Women live longer and healthier than before. In addition, fewer women die from maternal mortality , we can read a message that the United Nations Tuesday brought out . In the past 23 years the number of maternal deaths worldwide fell by 45 percent .

Not only in health women are doing better than ever. Also in terms of development opportunities is the wife improved. For example, more and more girls and women access to education.

That in turn results that women work more often , better educated and marry later. The next few years the woman's position should be much stronger.

The UN has appointed equal rights for men and women as an important goal. There are differences, however much. As the UN sees that 77 percent of men in work, compared with 50 percent of women.

Violence against women remains a major problem . One in three women has sometimes been victims of violence. Some 60 percent of them reported nothing about that. Another difference is to the advantage of the women. They are on average 72 years old. Men must make do with an average life expectancy of 68 years.