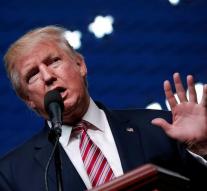 Al-Hussein drew trumps statements about minorities, as well as his advocacy of the use of torture methods that are banned in international law. According to human rights chief, the statements 'very disturbing. '' If Donald Trump is chosen based on the things he has said- and unless that things do not change- there can in my view no doubt that he will be internationally dangerous. '