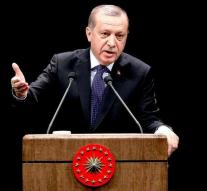 geneva - The UN special envoy Nils Melzer goes to Turkey on November 27 to investigate whether tortured or ill-treated after the failed coup alleged opponents of the regime. He continues to December 2 in the country to identify abuses and to do something about it.

'I would like the Turkish government to work on the enforcement of the law, encourage responsibility and ensure compensation to victims, particularly in the aftermath of the coup in July,' said the Swiss expert UN Council for human rights.

Melzer will talk during his visit with relevant government officials and human rights institutions, but also with civil society, victims and their families. He will visit different parts of the country settings where people are detained, including police stations and prisons.