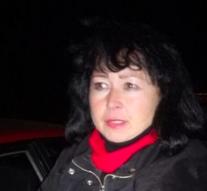 - its a teacher from eastern Ukraine accused a 13-year-old girl to have put up for sale. The 52-year-old teacher has been arrested. Reported that the Ukrainian Interior Minister Arsen Avakov on Facebook.

The girl lived in a boarding school for orphans in the Kharkiv region and could be bought for 10 000 dollars, about 9 435 euros. The teacher chose precisely this girl because of her fragile appearance.

The Ukrainian Minister Avakov said police the teacher Ukrainian and Russian language and literature had in mind some four months. According to the post on Facebook called the teacher Galina Ivanovna.

She tried nearly a year to sell the 13-year-old compatriot. Minister Avakov said that the buyer hinted that the girl's organs would be removed. The buyer inquired about the health of the girl and the teacher paid a small amount for photos of her and her medical records, said the minister. Ivanovna still silent about her alleged act. 'They have this dealer caught red-handed when she the girl from the boarding school, spent and received money for its potential buyers,' said Minister Avakov. The teacher hangs a sentence of up to 12 years overhead. Minister Avakov handling the case personally.