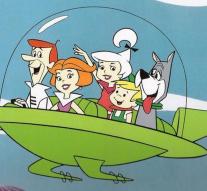 - Uber thinks that in the future with flying cars of a travel b like The Jetsons already predicted in the sixties. In this way, the travel time for many trips can drastically down. Writes the taxi company in a white paper published Thursday.

Uber see the VTOL vehicles, short for Vertical Take-off and Landing, make our lives easier within ten years. The small aircraft must be electrically powered and can take off from existing helicopter platforms and the roofs of parking garages. They should be silent and be cheaper in the long run than owning a car.

Several companies are already working on the development of VTOL aircraft. The aircraft must be admitted, however, to airspace by aviation authorities, capacity and charge rate of battery must be efficient yet up and the airplanes. We also need to develop a form of air traffic control systems which the crowds of hundreds of small planes can handle per city Uber notes.

The company will work to remove all barriers to the successful introduction of VTOLs stands in the way.