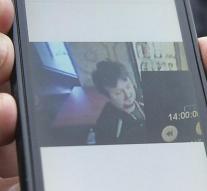 berlin - For the relatives of the Polish trucker who was killed in the attack on the Christmas market in Berlin, has now raised almost 200,000 euros. Trucker Lukasz Urban leaves a wife and a son after.

Through an action gofundme the money flowing in for the Urban family. For almost 10 000 people have paid a sum of money, ranging from 5 to 200 euros.

Urban fought in the cab of his truck with terrorist Anis Amri and prevented possible that there were more than 11 fatalities. Urban itself was the 12th victim. There were 48 wounded, some of whom seriously. Amri was shot dead a few days after his act during a routine check in Milan.

To thank him for his courage, there is also a campaign was launched to grant him an 'Order of Merit of the Federal Republic of Germany. Before that nearly 30 000 people already expressed their support.