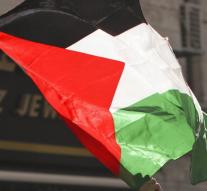 gaza - In unrest in the Gaza Strip killed two Palestinian boys are Saturday respectively thirteen and fifteen years. That happened when Israeli soldiers opened fire on a mob tried to storm the border post .