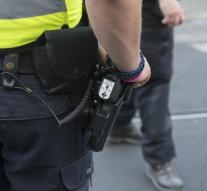 amsterdam - At least two people were hit early Saturday morning injured in a shooting incident in Amsterdam. About the condition of the victims, according to a police spokeswoman still unknown.

The shots were fired in the morning at four o'clock at the Jan Evertsenstraat. The police are still investigating the circumstances of the shooting incident.