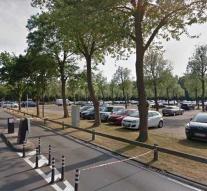 brugge - Three dogs were taken from a sweltering car in Bruges on Saturday night. The dogs had been in the vehicle for 5.5 hours. A Bernese Mountain Dog had already died from dehydration when the animal was taken out of the car. A dog of the same breed was still alive, but collapsed shortly thereafter.

A third dog, a Lhasa apso, has survived the hot hours in the car. The owners from Rochefort had left the dogs in the car before noon, reported Het Laatste Nieuws. Around half past six in the evening passers-by made a report to the police about the dogs that were in the car. The police hit a car window and called in the assistance of veterinary surgeons and a veterinarian.

A police report has been drawn up against the owners of the dogs.