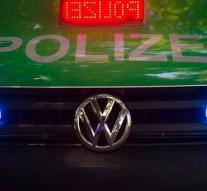 bensheim - By the crash of a propeller plane in the south of Hessen, two people were killed on Saturday. A spokesman for the German police said it was an eighteen-year-old woman from the area and a pilot from Switzerland.

The aircraft, which had taken off for a flight in Worms, ended up in a field near Bensheim. The cause of the accident is unknown.