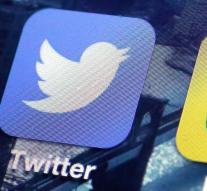 Social media companies like Twitter, Facebook, YouTube and Snapchat compete fiercely for the popular users who upload videos. The popular videos feature advertising and spend a lot of money into the coffers of the companies.

Revenues apps Instagram and Snap Darling have become highly dependent on celebrities with millions of followers who post a video with regularity.