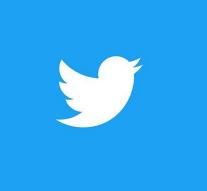 wooden - Dutch young people make less use Twitter on their smartphones. This enables Telecompaper in an investigation published Sunday.

Slightly more than one in five Dutch people have the Twitter app on his smartphone, compared with more than a quarter a year ago, says Telecompaper. That Twitter would in one year lost about 250 000 Dutch mobile users. Especially teenagers have dropped, according to the researchers. One in five Dutch people between 12 and 19 years, Twitter has on the smartphone, against more than one in three teenagers last year.

Among teenagers are much more popular Instagram and Snapchat These apps are on three-quarters of the smartphones of 12- to 19-year olds. Instagram stands at 35 percent of all Dutch smartphones. Facebook has a range of nearly three quarters of all on cell phones.

Telecompaper basing the study on a panel of 1750 consumers, who are surveyed each month.