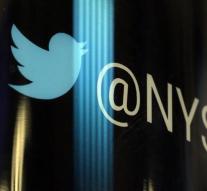 'The broadcaster focuses on the most important news for an intelligent audience worldwide and gets a broader focus than our current channel,' said Justin Smith, CEO of Bloomberg Media.

The transmitter has no name yet and is expected to arrive next fall. The offer is not just a repetition of the programs now broadcast by Bloomberg. It consists of live news from press agencies around the world combined with verified images that appeared on Twitter.

'We think we can reach an audience who does not pay for television and watch television when it's up and we think Bloomberg is the ideal partner to start,' said Twitter's financial director Anthony Noto.