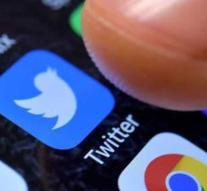 san francisco - Twitter also sold data from its users. They ended up at the office Global Science Research (GSR). It is not known what GSR did with the data and how much the company paid for it. Twitter told Bloomberg news agency that it only happened once. It would also be public data and no private data would have been given to GSR.

GSR was founded by Aleksandr Kogan. He is also the one who made a personality test for Facebook. The personal data he received with it ended up at the infamous Cambridge Analytica.

GSR gained access to Twitter systems in 2015. There were tweets that were placed between December 2014 and April 2015. It is not known how many tweets and how many users it is.