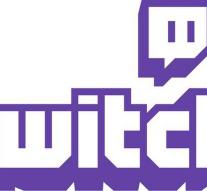 seattle - Twitch users can now also follow their favorite games and gamers with an app on Windows and MacOS. The application released by the streaming platform is based on CurseForge, which was taken over by Twitch last year.

According to Twitch, the desktop app is a more comprehensive version of the company's popular website. You can look back and see previously played and saved games, watch live games and chat with other gamers. What's unique with the app for windows and macOS is that you can call it, so-called game mods and activate a dark mode.

The Twitch app is free to download via app. Twitch. TV.