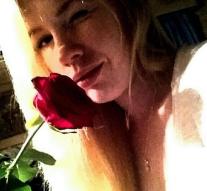 leeuwarden - The court in Leeuwarden on Wednesday sentenced to twenty years in prison on appeal Riekelt S. from Urk. S. was found guilty by the court of arson and the murder of the then eighteen-year-old Tessa van Bokhorst. Previously received from S. eight years in prison when the court considered homicide unproven.

The body of Tessa van Bokhorst was found in October 2014 in a burning cottage on camping in Emmeloord. S., the woman beaten on the head several times with a concrete brick, and burnt the chalet. In addition, Van Bokhorst died. Initially the court in Lelystad ruled that it could not be proven that Van S. kindled the fire, but the court in Leeuwarden ruled on appeal otherwise.

The appeal was filed by the prosecution and the accused.