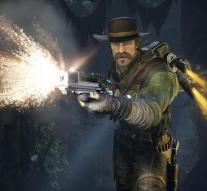 - Turtle Rock is no longer involved in the further development of Evolve. Has announced that the developer. The fate of the franchise in the hands of game publisher Take-Two, which it bought for $ 10.89 million after the bankruptcy of THQ.

'It is always difficult to leave one of our games. It was no different in Left 4 Dead and now it is the turn of Evolve. Our projects always have a special place in our hearts. Whatever happens with Evolve in the future, we know that the game has seen the light of day in our studio and developed know this team together with a great community, 'let Turtle Rock founder Chris Ashton and Phil Robb.

'This is the life of AAA developers who do not have their own funds and do not own their own IP. We are not making the decision. We knew in advance where we started, but still accounted for because we love what we do. '