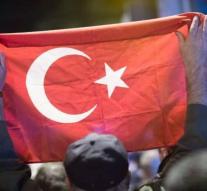 - Turkey has a judge who works held by a tribunal of the United Nations in The Hague. The man is of Turkish origin. The arrest of Aydin Akay SEDAF has to do with the coup attempt in July in Turkey.

The judge is involved in matters related to the Yugoslav civil war and the genocide in Rwanda. He actually enjoys diplomatic immunity, but was nevertheless arrested, said President Theodor Meron of the UN tribunal.

Meron said that Turkey request to visit his colleague, has been ignored. According to him, Akay been arrested on September 21. The UN has now formally requested the release of the judge.