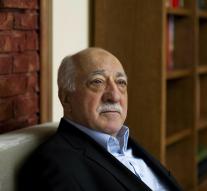 - The Turkish police have arrested Tuesday dozens of people that can be associated with Fethullah Gülen, the political enemy of President Erdogan. Among those arrested are senior police officers and officials.

The Public Prosecutor stated that in the city of Izmir 57 members of the " terror group " Gülen were arrested. The formal accusation refers back to an attempted purge of the army during a so-called espionage trial in 2012. Erdogan could ever count on the support of Muslim cleric Gülen, but later came to a rupture. The latter has been living since 1999 in exile in the United States. Officially Gülen number one suspect in the case of purification.