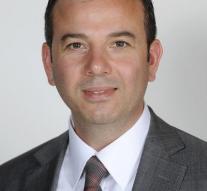 rotterdam - The Turkish newspaper and website Sabah must rectify and revoke all allegations at Rotterdam's CDA councilor Turan Yazir. That mayor Mayor Ahmed Aboutaleb shared during the meeting of the Rotterdam City Council, who, together with Yazir, had appealed to the Appeal Court on this matter.

If rectification is not possible then the publisher will pay a penalty of 10,000 euros for each day that Turkey's fourth newspaper fails. That penalty could amount to up to 1 million euros, according to the claim.

The newspaper called the councilor in March in publications, among other things, a 'terrorist' and 'landlord' who would lead the movement of Fethullah Gülen in the Netherlands as a 'spiritual father' and maintain ties with PVV politician Geert Wilders.

The movement of Gülen is considered in Ankara as the founder of the recent coup attempt in the country.