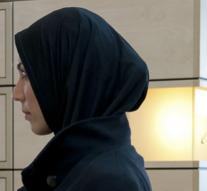 ankara - Turkish policewomen may in future wear a headscarf. The Islamic head covering is permitted provided that it is neutral and plain in color and matches the uniform, announced the Turkish government.

Also include Canada, some Nordic countries and parts of Britain allowed female officers adorn themselves with a headscarf. The police in many other countries, does not allow the headscarf, because that would be at odds with the neutrality of the civil servant.

The headscarf was long taboo in Turkish public space, because the heirs of Ataturk, the founder of modern Turkey, tooth and nail to defend the secular character of Atatürk's republic. Since the conservative Islamic party of President Recep Tayyip Erdogan has to say, the headscarf is advancing.