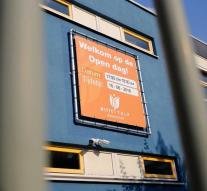 amsterdam - The identity of a driving force behind the exodus of students and staff in alleged Gülenscholen in Amsterdam and Zaandam is known. It appears to be an Erdogan-lobbyist who has no children in the schools.

Mid-August Ince sent as chairman of the action group safely to school a list of 109 students of The White Tulip, one of Gülen affiliated primary school in Amsterdam West, to the church. It is claimed Ince and her committee for children from 'patriotic families' wishing to return after the holidays no longer at the school. The municipality did little else to that list.